Before heading to the Himalayas for hiking, trekkers should know about teahouse trekking in Nepal. If you have already trekked in Nepal, probably you should know. Even if you don’t know, this post will clarify to you about teahouses.

In the trekking route, a simple lodge where you’ll get a basic standard room and meals is “teahouse”.

The “teahouses” words originated from trekking in the Himalayas at the time the trekking concept was just launched in Nepal. There was no infrastructure development while trekking began in the Himalayas. Upon long hours walking on the trail, trekkers used to get very basic houses for food and accommodation in the mountain villages.

First, what is a “teahouse trekking”?

Generally, the house where people can get Tea is called TeaHouse. But in the context of tourism in Nepal, it’s totally different. Because here in the teahouses, you’ll get more amenity.

A GUIDE TO ABOUT TEAHOUSE TREKKING IN NEPAL 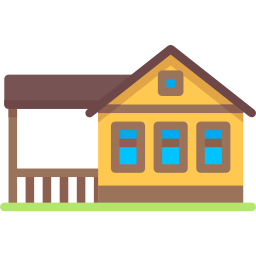 Primitively, teahouses were little shops where trekkers could stop for a rest and a cup of tea. With passing time, these teahouses converted into full-fledged mountain lodges offering food, accommodation, and other basic essentials to guests.

For the food on teahouses types trek, you can choose food from the menu. You’ll get fresh food on trekking lodges as they make meals after getting guest orders.

In short, accommodation along the trekking route in the Himalayas is very simple but clean and cozy. Commonly you’ll get a single size bed with pillow, sheets, blankets, table and dustbin, and ceiling light.

We suggest trekkers bring their own sleeping bag or hire in to go trekking. Blankets are not enough at peak season and it can’t give sufficient warmth at high altitude treks and also in wintertime.

Before the Earthquake, most of the teahouses in Langtang were very basic to expect some places. These basis tea houses were totally damaged by the April 2015 earthquake. But after the massive earthquake, the hoteliers rebuilt teahouse adding more facilities. 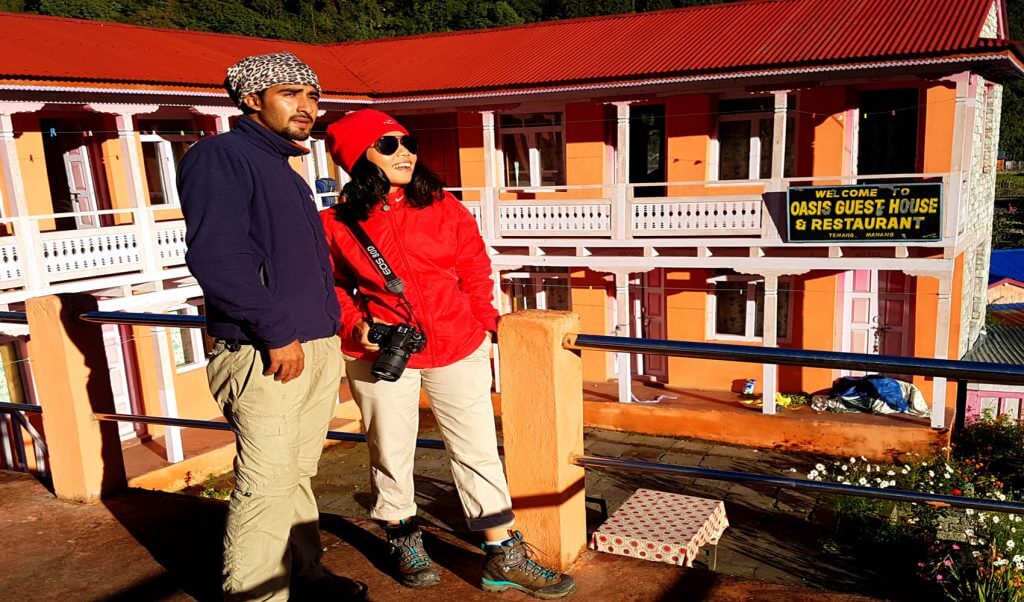 There are very standard teahouses in Annapurna Trekking areas. Generally, on Annapurna Circuit trail and Ghorepani Poon Hill, you’ll get basic to standard houses for sleep and eat.

As Everest is the most popular trekking trail of Nepal, in the Everest region you can find lodges as well as high standard teahouses.

Along with food and rooms, toilets, showers, battery charges are also essential things for travelers.

There is no similarity between toilets in mountain trekking. New guest houses have rooms with en-suite bathrooms, probably western toilets. Likewise, old guest houses have common squat toilets but most toilets will be inside houses.

You should have your own toilet papers because Nepali people use water instead of paper. You should have a head torch because some of the hotels don’t have light toilets.

Most travelers expect hot showers at trekking so most of the guesthouses on the routes offer hot showers on certain charges.

Normally, there are 3 types of showering systems on trekking trails of Nepal. They are Solar Shower, Gas Shower, and Bucket Shower.

Normally in the mountain guest houses, you can’t get plug sockets inside rooms. Because owners charge little money for it. You can charge your device at the Dining hall by paying a certain amount.

As trekking is an adventure journey, travelers’ families want to get daily updates. Though some trails are still wild with no Mobile network and No Internet, nowadays most established Trekking trails guest houses offer WIFI at USD 1 to 3 USD depending on places.

The factors that determine the cost of T. Houses in its location. The price rate of food and accommodation on teahouses varies upon the places. Normally you’ll get 3 USD to 20 USD. Comparing other hiking regions, the Cost of accommodation on teahouses in the Everest Region is more expensive than other trekking regions. In the Everest region, the price range is $10 to $150 per night.

Though you don’t need to fill client details to get a room in the teahouse, however, you need to follow s teahouses rules. You might be wondering what is teahouse rules?

1.Eat and drink where you sleep

You should eat places where you book rooms. Because the room charges on teahouses are very less than in city areas. As their charges are low on room, they used to get reasonable money from food and beverages. If you eat somewhere or if you eat your own food by taking a room on the written room price, the teahouse room charges will be 3times or more than 5 times more upon owners.

2.Pay bill before you leave

You don’t need to pay immediately after eating or drinking, pay before you leave the T.houses

Your home country’s fashion can’t suit Nepal because it has its own customs and tradition on trekking routes. For example, when you trek in the Himalayas Women need to have their knees and shoulders covered. You’d need to take the shoes off outside the door when you visit someone’s house or a temple.