Most of the trekkers prefer to do Everest Base Camp and Annapurna Base Camp but only a few tourists make Makalu Base Camp Trek. Among the 14 highest peaks of the world, the Makalu is the 5th tallest peak whose height is 8845m and the shape of this mountain is a four-sided pyramid. This is a giant mountain and quite interesting. Isn’t it?

The mount Makalu is situated in the Mahalangur Himalayas ranges on the border between Nepal and Tibet and 19 km southeast of Mount Everest. Though it is one of the eight-thousanders, Makalu is an isolated peak. Being Makalu Base Camp trek is a remote route, it rewards visitors to taste of unspoiled trekking trails, interesting cultures, forests of Rhododendrons, wildlife, and others above 8,000 meters mountain views.
For experienced trekkers who desire to take a challenging trip in Nepal’s Himalayas, trek to Makalu is the best choice.

What view can we expect from Makalu Base Camp?

Upon reaching Makalu Base Camp (4870m), the trekkers will relish the alluring view of Makalu (8481m), Everest (8848m), Kanchenjunga (8586m), Lhotse (8516m), Baruntse (7129m), Chamlang (7319m), and others snow-capped the Himalayas.
As the trek to Makalu region lies in Makalu Barun National Park, trekkers can see varieties of floras and faunas. The Makalu Barun National Park is the 8th largest national park of Nepal that covers 2,330 sq.km in area. This national park offers tropical forests, snow-capped peaks, and rare animals such as Red Panda. 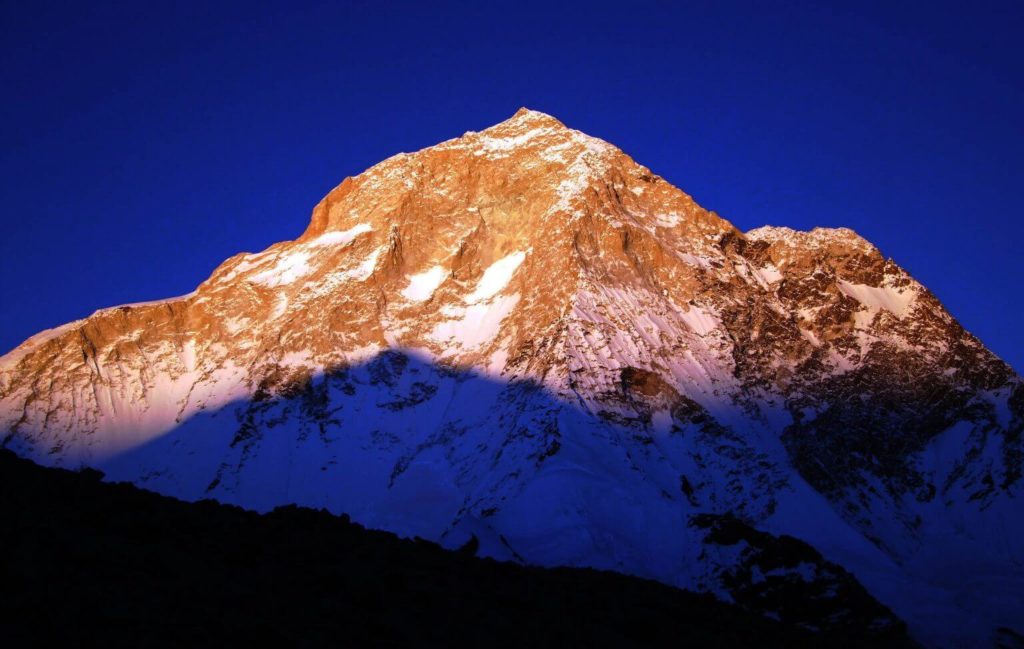 What are the highlights of Makalu Base Camp Hike?

Get answer to your query within minutes.

How much does MAKALU BASE CAMP TREK COST?

It cost USD 2,440 on a double occupancy basis for Makalu Base Camp Hike. This price is for a single guest. If you’re in a group(more than 3 people), we can give you a discount. Likewise, if you want to have more luxury Makalu Trek, we can also offer you those types of trek adding some charges.

How to go Makalu Base Camp from Kathmandu?

There is a daily flight from Kathmandu to Tumlingtar. It takes 1 hour’s time to reach Tumlingtar from Kathmandu by using domestic flights. Upon landing Tumlingtar, after some hours drive, we will be in Makalu trekking starting spot. In terms of back to Kathmandu, we’ll take Tumlingtar to Kathmandu flight which is also included in our plan.

How difficult is Makalu Base Camp Trekking?

This is a challenging trek. If you already did Everest Base Camp Trek or Annapurna Circuit, you can do Makalu Trekking.

When is the best time to visit Dhaulagiri Circuit?

The best time to hike Makalu Base Camp is September to half of December and March to May.

Makalu Elevation / How high is Makalu?

Do I need the experience for Makalu Hike?

Can I use credit cards in Makalu Base Camp Trekking?

No, possible. Only Nepali Cash is acceptable.

What types of accommodation are available?

Is there any communication facilities on this Base Camp Trekking?

Yes, they have communication facilities but not everywhere on the route.

You can send an inquiry via the form below.