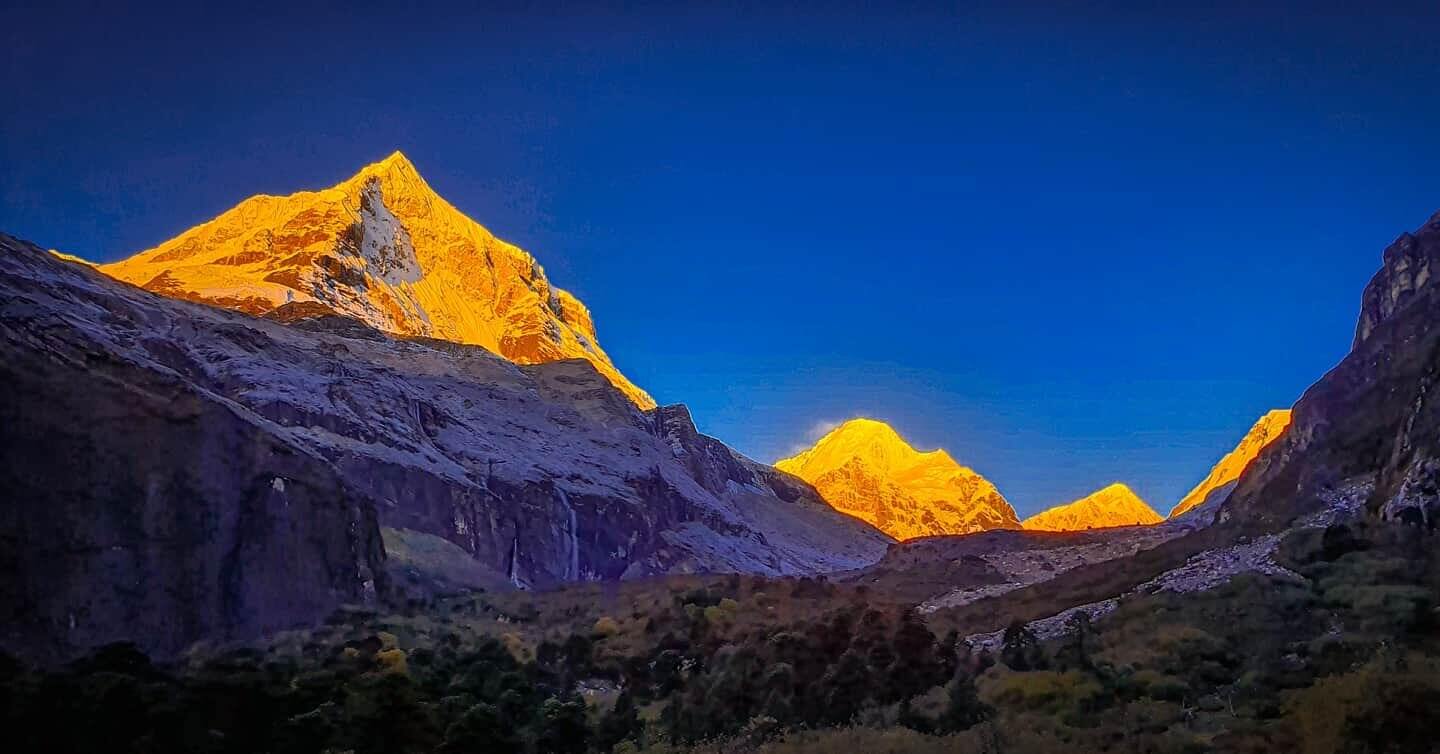 The word Kanchenjunga derives from the Tibetan word referring to “Five great treasures in the snow”. It symbolizes its 5 peaks as gold, silver, precious stones, grain, and holy scriptures. This mountain is located at the border of Nepal and India.

As Kanchenjunga Base Camp hike is less crowded, trekkers can enjoy nature and they can get a real taste of the Himalayas. So the Kanchenjunga trekking has many good reviews. The airport and roads facility is far from Kanchenjunga. That’s why it is a remote trek in Nepal. Because of remoteness, only a few tourists make trips there.
After the exploration of Kanchenjunga, you’ll know more about the culture and lifestyle of Rai and Limbu communities. As we will trek to the northern base camp at Pang Pema 5,140m/ 16,863ft, it gives you the best vantage points of the Kanchenjunga region. 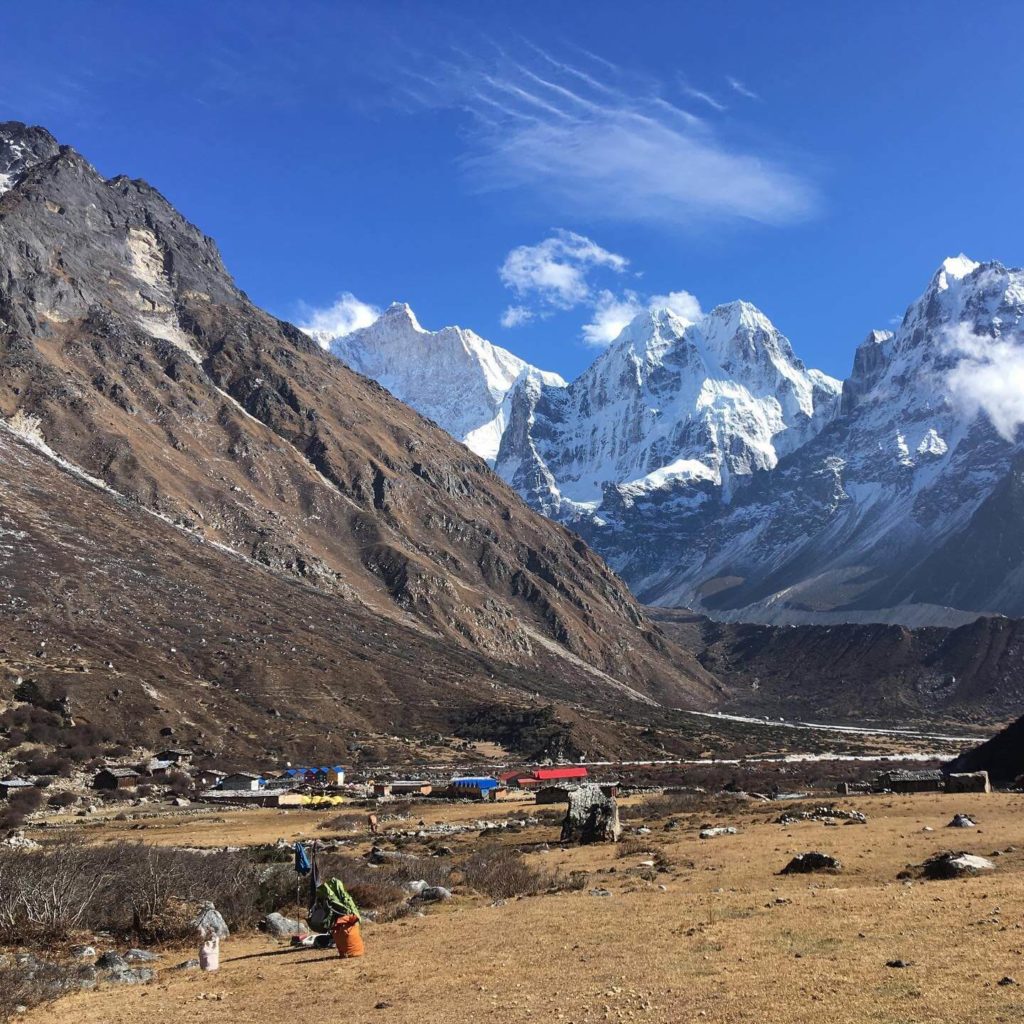 The Kanchenjunga trek is located in the far north-eastern corner of Nepal. This trekking is considered as one of the most beautiful mountains in the world. This adventure journey is a chance to reach the base camp of the world’s 3rd highest mountain. As Kanchenjunga Trekking is an unspoiled trekking trail in eastern Nepal, it can be best for peace lovers.

What to see in Kanchenjunga Base Camp?

Trekking in the Kanchenjunga rewards the most beautiful mountain vistas. We’ll see the best views of Mt. Kanchenjunga, Jannu Himal, Rohtang, and Kabru and Mt. Makalu.
On the trek, we will pass through the protected areas of the Kanchenjunga Conservation Area. We can see several wildlife and birds like pheasant, dragon, snow leopard, black bear, red panda, etc. The trek route passes through Himalayan coniferous forests, alpine shrubs, meadows, and grasslands. The natural beauty is mesmerizing! The trail is culturally rewarding. Along the
the route, we will encounter mixed cultures, ethnic communities, and tribes.

What view can we expect from Kanchenjunga Journey?

Though it is a challenging and worthwhile trek, it is an underrated trek in Nepal. Thus, Kanchenjunga adventure tour is best for peace lover trekkers as well as the trekker who wants to take a challenging trip in Nepal. 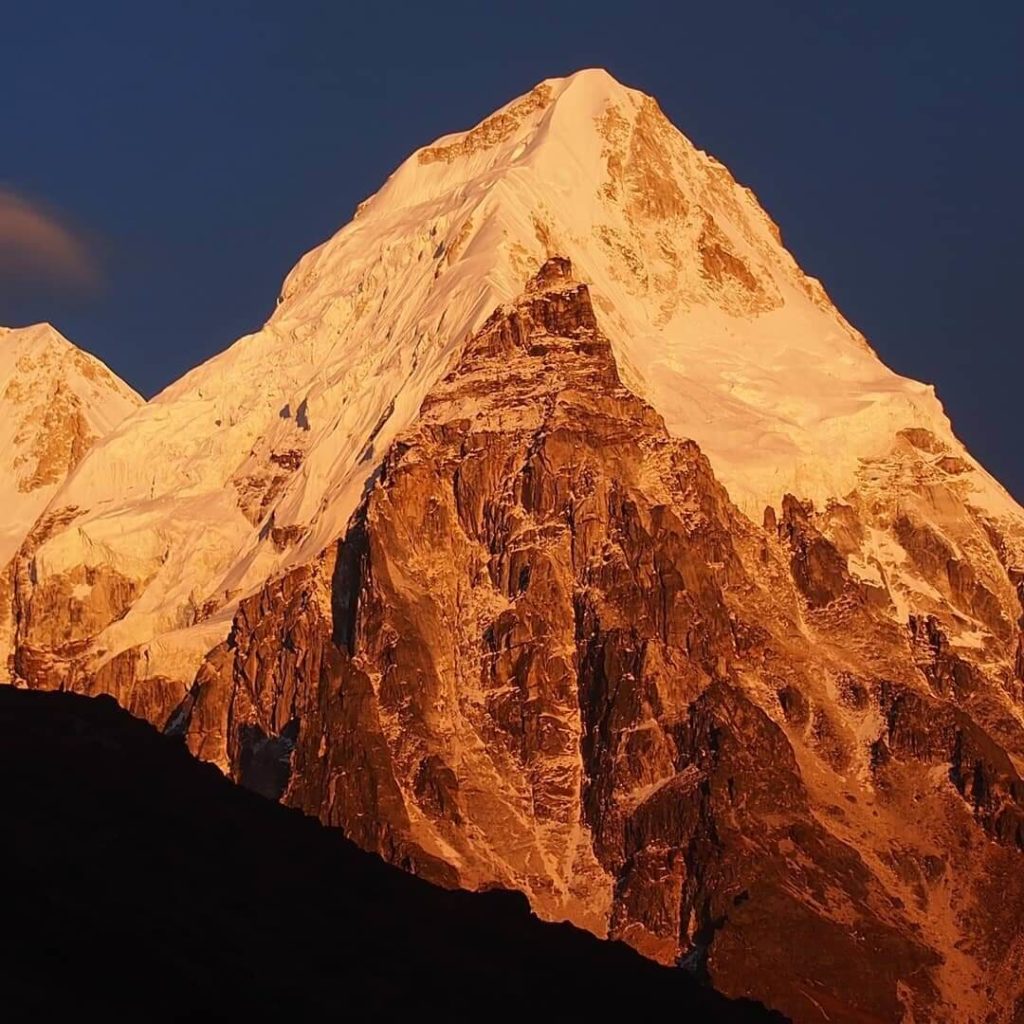 Why Trek to Kanchenjunga Base Camp?

If you love remote trekking and want to experience the Himalayas, trekking to the Kanchenjunga is for you. There is no less natural attraction in this region than other popular Everest, Manaslu, and Annapurna.

Even Though it is the 3rd tallest mountain in the world it is very less demanded by trekkers. The one and the only reason is the remoteness of this Kanchenjunga Region.

Need Help?
Get an answer to your query within minutes.

Not satisfied with our Itinerary?

Are you interested on planning custom trip? It takes only 2 to 3 minutes.

How much does Kanchenjunga BASE CAMP TREK COST?

Where does Kanchenjunga base camp trekking start?

The trek to Kanchenjunga Base Camp starts with 45 min flight from Kathmandu to Bhadrapur and 8 to 9 hours drive to Taplejung, Nepal.

How difficult is  Kanchenjunga Trek?

It is One of the most adventurous and difficult treks of Nepal. Because this trip includes difficult passes and rocky paths.

When is the best time to visit Kanchenjunga?

March to May and Sept to November are the perfect time to visit Kanchenjunga.

Do I need the experience of the Kanchenjunga Hike?

Yes, trekking to the base camp of the 3rd tallest peak is considered as challenging trek.

What types of accommodation are available in the Kachenjung region?

You can send an inquiry via the form below.