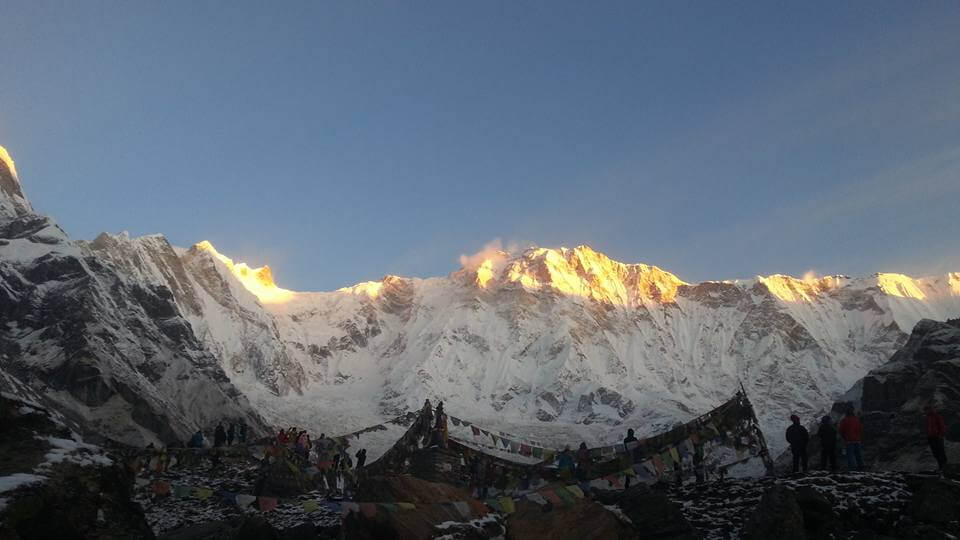 Is Annapurna Base Camp trek safe?

You might be wondering whether the Annapurna Base Camp trek is safe or not. Indeed it is safe to trek ABC(in short) if you have some knowledge regarding the trekking trail. Throughout the trekking, you will trek through the area of the avalanche for only 2 days.

First, you need to know what makes trekking to Annapurna Base Camp dangerous/risky.

The one and only thing which makes ABC trek dangerous(risky) is avalanches. Because from the beginning of ABC trekking to now, many trekkers were swiped by avalanches. All these happened due to a lack of precaution.

Hinku Cave to Machhapuchhre Base Camp is the only avalanche risk zone of the entire ABC trek. So only this part is considered a risky trekking zone. But other parts of the entire trail are totally safe.

Which season is best to explore ABC in terms of safety?

October to December is the best time to explore Annapurna Base Camp than March to May in terms of safety. Though both seasons are the best seasons to explore.

Precaution during the ABC trek is very important for trekkers or hikers in all seasons but especially from January to May trekkers should pass risky zone very carefully.

Is the trek dangerous in general?

In general, Annapurna Base Camp Trek is not dangerous. Trekking to Annapurna is generally safe if certain precautions are taken and ABC is not particularly dangerous even though it has a risk of avalanche. Because at the time of the avalanche season, locals open another route that is totally safe from avalanches.

Is there snow on the path during the main trekking season? Is there a risk of frostbite?

If you choose winter time for the purposes of the Annapurna Base Camp trek, certainly you will trek over snow-covered trails. You should have proper trekking equipment in order to accomplish the ABC trek in wintertime.

You should have the best trekking shoes and socks to save you from frostbite whilst trekking to Annapurna Base Camp.

Do you need to be extremely fit?

Annapurna Base Camp trek is a moderately graded trek that passes through beautiful mountainous villages such as Ghandruk, Ghorepani, and Chomrong.

Trekking to Annapurna Base Camp is a moderately difficult journey. Since the maximum altitude is 4130m, you don’t need to be extremely fit or even not need previous hiking experience.

How to do safely Annapurna Base Camp trek?

In brief, pass the Avalanche risky zones( Hinku Cave to Bagar ) early morning. But below are some tips that you help to safely trek.

Are there any alternative treks of Annapurna Base Camp Trek?

All in All, Annapurna Base Camp TREKKING is safe. But you should go with an experienced guide who knows the ABC trail very well.

We can make Annapurna Base Camp trips safe, adventure, and wonderful. Because we have a local guide team that has enough knowledge of avalanche areas and ideas on how to pass that part safely.

In order to handle all the risky parts of the trail, trekkers should have a local guide. If you go to Base Camp of Annapurna with an experienced guide, your trip will be totally safe.

Jayaram Thapaliya, an executive director at BASE CAMP HIKE. He has trekked to mostly places in Nepal. He has been to Annapurna Circuit more than 10 times. Jayaram is the one who is ready to help you to make wonderful trip in Nepal.

« How to do Annapurna Circuit Trek in 10 Days?
Tamang Heritage Trail Difficulty »

Plan your trip to Nepal?

Design your trip with help from a local travel specialist.