In fact, Gokyo Renjo La Pass Trek is one of the easiest, and most underrated passes among the 3 major passes trek in Everest Region.

More to say, Renjo La Pass Trek is one of the less crowded passes on Everest. In short, it is considered as one of the lowest Himalayan passes of the EVEREST REGION.

Geographically, Gokyo Renjo La Pass lies very near to Tibet at an altitude of 5360M/17586. Though it is difficult to pass before you visit Sherpa villages and settlements, it will begin with a flight to Lukla.

This is a beneficial trip that you’ll also do Gokyo Lakes Trek as Well Gokyo Ri Hike. Not only passes but before passes, you’ll have great memories of popular treks such as Gokyo Lakes Trekking. On the way to pass, you’ll walk via colorful prayer flags and circumambulate small stupas and Chortens on sides.

If you are not sure that you are able to do High Pass( Renjola), you can do Everest Base Camp Trek or Gokyo Lake with Everest Base Camp. Join us to make lifelong experiences with Renjola Pass. 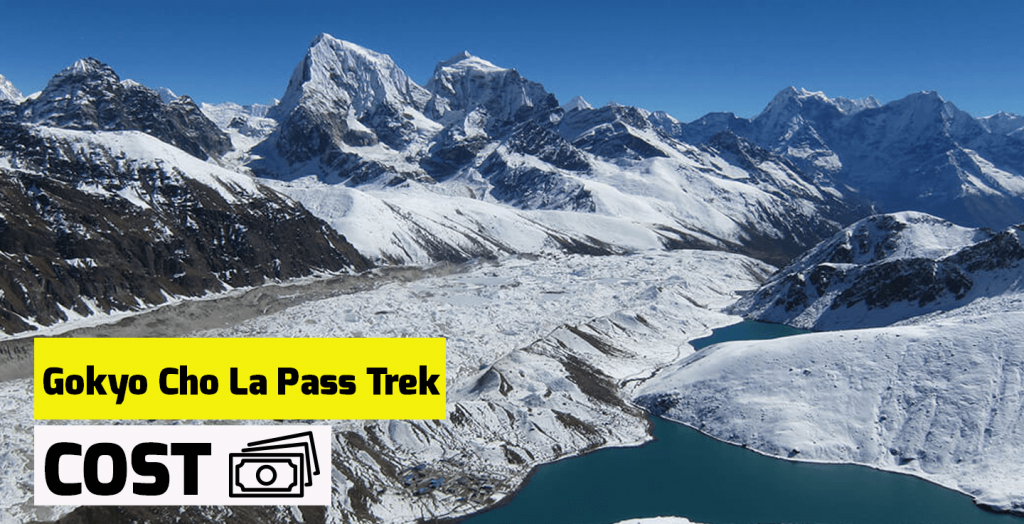 According to our STANDARD TRIP PACKAGE plans for Gokyo Renjo La Trek, it cost 1160 USD per person. This price is based on 2 participants for the trekking and it is Double occupancy basis. It is the standard trip price that covers the guide, porter, permit, food, accommodation, and more things during the trip. We have a COMFORT PACKAGE that costs USD 1595(Double occupancy basis). Nonetheless, for those who are searching for a budget trip, we also have an ECONOMY TRIP PACKAGE and it COST USD 675 PER PERSON(based on 2 people). For the details, you can check INCLUSION and EXCLUSION on the package.

We have a Pricing policy for 1 person to 10 people. 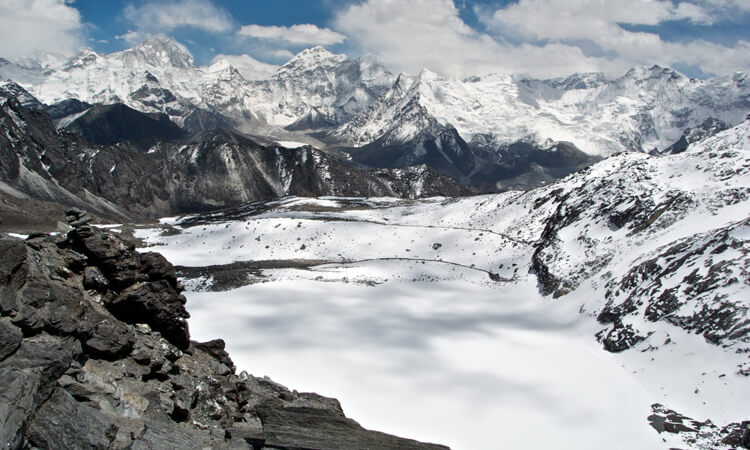 Review of Gokyo Renjo La Pass Trek: Why do you Love this trip?

On this trip, you’ll get the opportunity to view the world’s four highest peaks(Mt. Everest, Cho-Oyu, Lhotse, and Makalu) in one single glance. This trekking covers beautiful Gokyo Valley, Gokyo Lakes, and Gokyo Ri. Upon reaching Gokyo valley, we’ll reward with a crystal view of the Lakes. Nonetheless, we’ll hike to Gokyo-Ri, which is known as one of the best viewpoints in the Everest Region after Kala Pattar. Moreover, we’ve challenging Pass Cho La on this trip. Hence, we can say it is a more worthwhile trip than the Gokyo Lakes Trek.

Inclusion and Exclusion on Package

What is Renjo La pass?

Renjo La is a mountain pass located in Everest Region. It is one of the passes among the Everest Three Pass. Regarding the route of this pass, it goes all the way to Gokyo Lakes Trekking. Thus it is also known as Gokyo Renjo La Pass Trekking.

How difficult is the Gokyo Renjo La Pass Trek?

In short, Renjo La is a Challenging pass. But compared to Chola Pass and Kongma La it is easy though Renjo La is a high mountain pass.

When is the best time to do Renjo La?

The best time to go is Renjo La (March to May) and the Autumn(September to Mid December ).

How long is Renjo La Trekking?

What types of accommodation and meals are available?

You’ll get Teahouses and Lodges.

How high is Renjo La pass?

Jayaram organized my Gokyo Renjo La pass trek perfectly. He provide me Kamal as guide and he was the best. Everything that was agreed has been done. These guys I will always recommend. Just ask for info and go on trip!

Limited offer Ends In Get Started