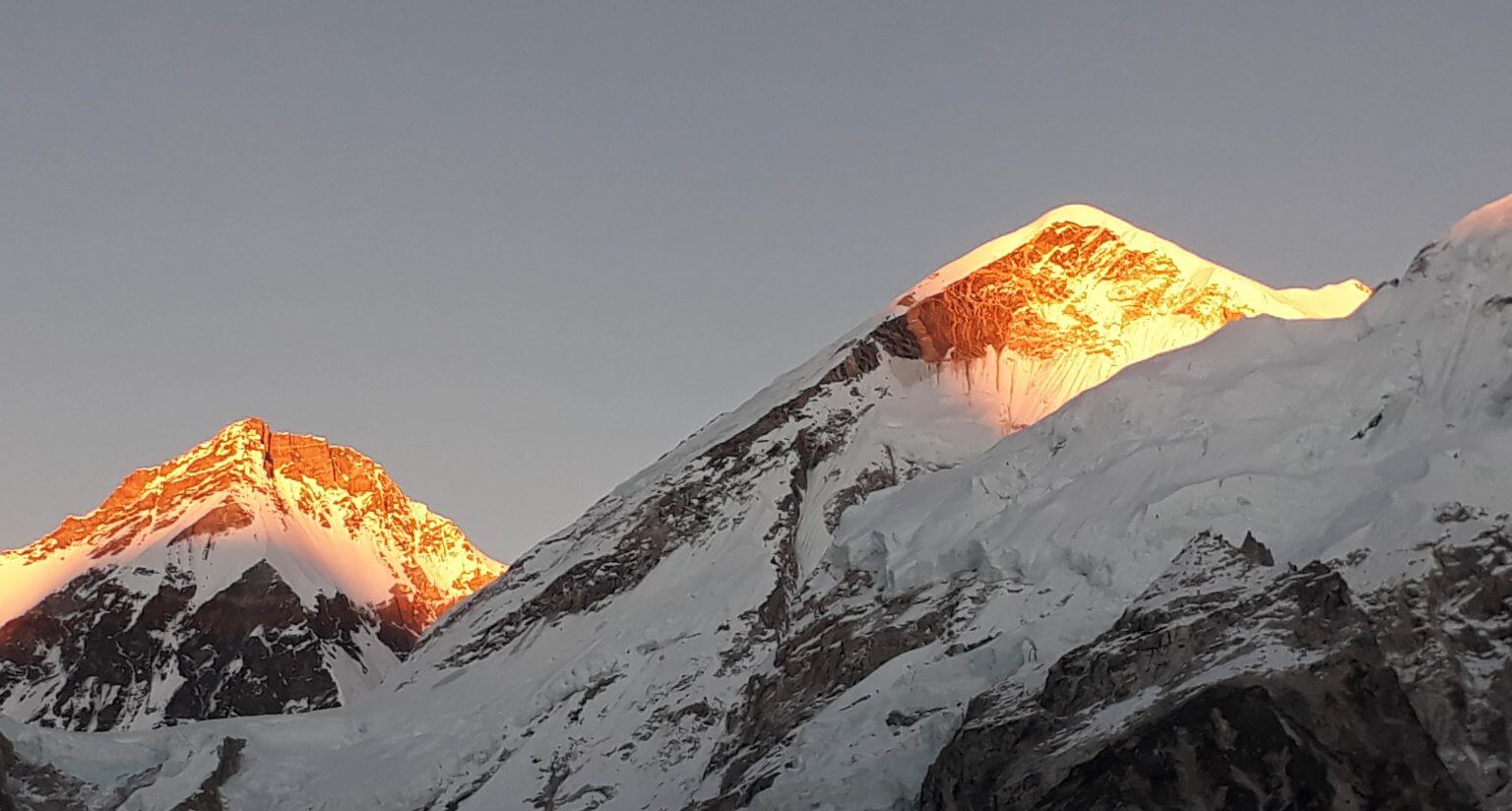 Duration
5.0
Based on Reviews

A spectacular Helicopter tour to Everest Base Camp. It is the best luxury tour for the leisure tour to get a glimpse of the top of the world.

We’ll fly near via well-known peaks such as Everest, Lhotse, Cho Oyu, Amadablam, Mt. Nuptse, and many more peaks.

The monasteries in Tengboche, Syangboche airport, and many other attractions in the Khumbu region can be assessed easily without any hectic walks or worries of altitude sickness. Take a luxurious flight and unleash the raw appeal of the mountains.

The Khumbu glacier and Gokyo valley with several Gokyo lakes will be just below our helicopter while flying in the Everest Region.

Where to land Everest Base Camp Helicopter Tour?

Most of the helicopters used to land at Kala Patthar from where views of mountains are amazing. Charter a helicopter to visit the base camp of Everest is a lifetime memorable luxury journey in Nepal.

Compared to Everest Base Camp, Kalapattar is quite best for viewpoints so our helicopter makes landing at Kalapattar.

Upon visiting Everest Base Camp or Kala Patthar viewpoint by Helicopter, we’ll fly back at the Everest View Hotel. There we can have breakfast and afterward our helicopter goes down to Lukla Airport. Getting Lukla Airport, the helicopter will fly to Kathmandu Airport. Here is the details of Included and Excluded on Tour The Everest Base Camp Helicopter Flight Landing Tour starts from the Kathmandu airport and flies towards the Khumbu Everest. 1-hour flight to the base camp of the tallest mountain rewards you with panoramic views of Mt. Everest and other several peaks.

Normally, with the shortest version, the Everest Base Camp trek requires 12 days and that is not possible for short holidays in Nepal.Tour to Everest Base Camp using a charter Helicopter is probably one of the most exciting tours in the Himalayas.

Besides Everest’s view, this very short Heli tour offers you an eye-catching view of Makalu, Ama Dablam, Cho Oyu, Gauri Shanker, Langtang, Jugal, Ganesh Himal, MelungTse, and Dorje Lakpa You will also get a chance to have breakfast in the Khumbu region of Nepal.

Included and Excluded on the Helicopter Tour Price

How long will be the EBC Helicopter Tour?

In short, 4-5 hours. The total duration will be 4 to 5 hours, where 3 to 4 hours will be helicopter ride and remaining time photo session, breakfast and shuttle service from and to your hotel.

What’s the highest altitude an average helicopter can fly in Nepal?

It depends upon the chopper engine. Here in Nepal, we have a Turbine engineered helicopter that can fly at 25,000 feet on average.

How long is the Helicopter Land at Kalapatthar?

The helicopter lands at Kalapatthar around 7 to 10 minutes. At that time you can take sightseeing and pictures.

Do I actually land at Everest Base Camp?

No, but you’ll land near the Everest Base Camp which is superior to Everest View. That is called Kala Pattar.

Does Chopper go to Everest Summit or the Base Camp?

No, it doesn’t land the summit of Mount Everest. Generally, the chopper lands at Kala Pattar viewpoint(5555) but only sometimes it can land at the Everest Base Camp. But be sure, the view from Kala Patthar is superior to Base Camp.

Kala Pattar or EBC is best for view ?

Is it possible to land Everest Base Camp as well as Kala Patthar?

On this offer, we can land only at Kala Patthar.

Can I add on another spot than this tour offer?

Sure. You can add another beautiful place in Khumbu by paying additional charges.

Is there any circumstance of delay in the weather?

As the tour is up to the Bottom of the tallest Himalayas, mountain weather can impact the delay. Mountain is not stable. Sometimes it can be delayed but if in case you can’t fly due to unfavorable weather, you’ll get a full refund. Or you can try another day to fulfill your dream to Everest.

How many people will be flying in a Helicopter?

Maximum 5 people can fly at once in a helicopter tour to EBC. But even in 5 people, if weight exceeds than standard, it will be less than 5. Be sure there will be no more than 5 people.

Can we / I charter a private helicopter tour to base camp?

Sure, we can arrange a charter chopper service to the Everest base camp. But the private Helicopter charter is very expensive than sharing one.

How experienced are the crew?

The Helicopter crew team will be experienced and well trained. They know very well how to make your comfort safe.

Does Helicopter provide carry oxygen during the flight?

Sure, the helicopter provides oxygen for emergency purposes.

Limited offer Ends In Get Started